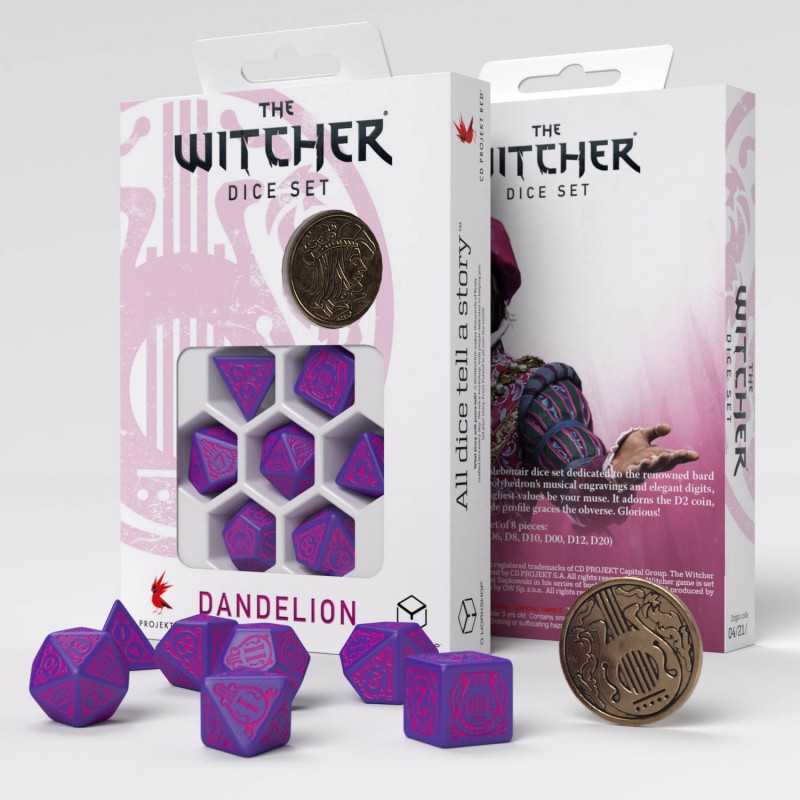 Who has not heard of the great bard whose ballads are carrying whole crowds away? Who has not heard about the "Elaine Ettariel", as well as other songs that squeeze tears from the eyes of the bravest listeners, while the hearts of damsels are roused and lifted to the heights of romantic moods? Dandelion, the author and performer of the most beautiful ballads, known throughout the wide world, was also the object of the longing sighs of many ladies, regardless of age and provenance. Hence, although he did not describe himself as such, many called him the Conqueror of Hearts.

This is who this special dice set in purple and pink color theme is dedicated to, with a clear font of digits, engravings stylized to uphold the atmosphere of poetry and music, and the highest dice faces decorated with the symbol of the Lute. The coin attached to the set also shows this symbol on the reverse, while the obverse is ruled by the side-profile of Dandelion’s handsome face.

The Witcher is not only a profession, it is not only a character. The Witcher is a whole universe created thanks to the stories of Andrzej Sapkowski, in which the choices and motives are never black and white. Colorful, full of unique charm, rich in non-standard phenomena, and described with lingual artistry, it became the basis for later comic books, video games, tabletop role-playing games, as well as movies and series. If you know any of these sources, you know how addictive this universe is. You understand why for us - people who grew up on stories from the world of The Witcher - it’s so important and dignifying that we have the possibility to create dice based on famous and beloved characters from it. We have long and carefully considered all the possibilities of both designs and color themes - and you are now able to see the final product. This creation is born of passion, and we’re proud that the person who will receive them is you. You - someone who can appreciate them as much as we do...

A Ballad of the Heart

The world of The Witcher is an amazing place. Full of magical wonders, terrifying monsters, and colorful characters, it offers everyone the powerful immersion and asylum from the worries of the everyday world - regardless of the medium that allows you to sink into it. Our dice are made with love for this unique atmosphere, attention to detail, and the desire to make all fans of The Witcher, regardless of who they are, be able to travel with us around the Continent in search of exciting adventures. 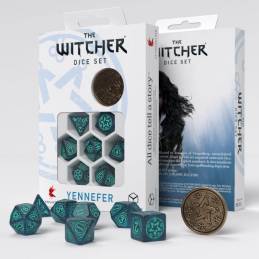 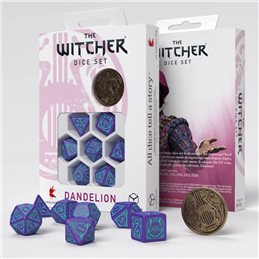 The Witcher Dice Set. Dandelion - Half a Century of Poetry 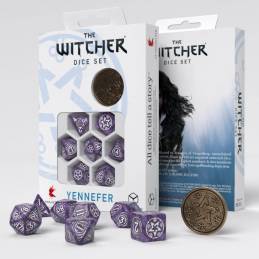 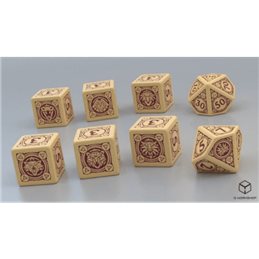 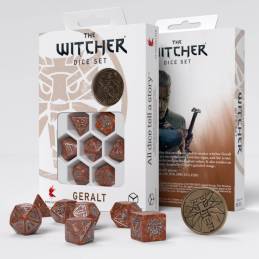 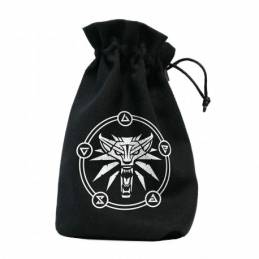 The Witcher Dice Pouch. Geralt - School of the Wolf 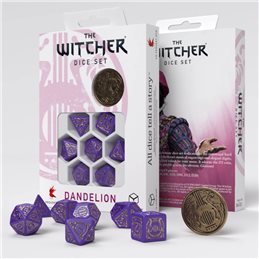 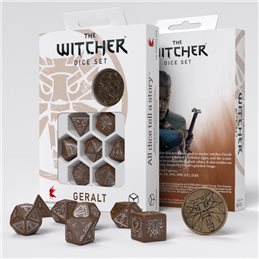 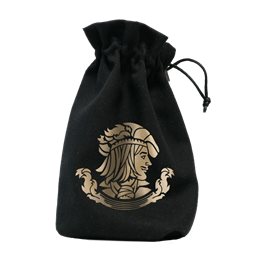 The Witcher Dice Bag. Dandelion - The Stars above the Path 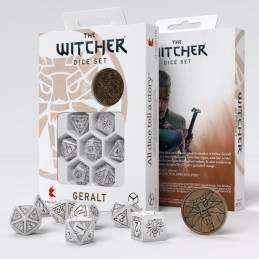 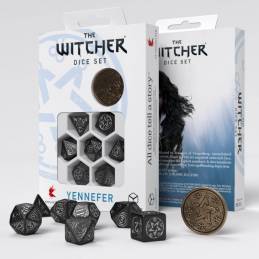