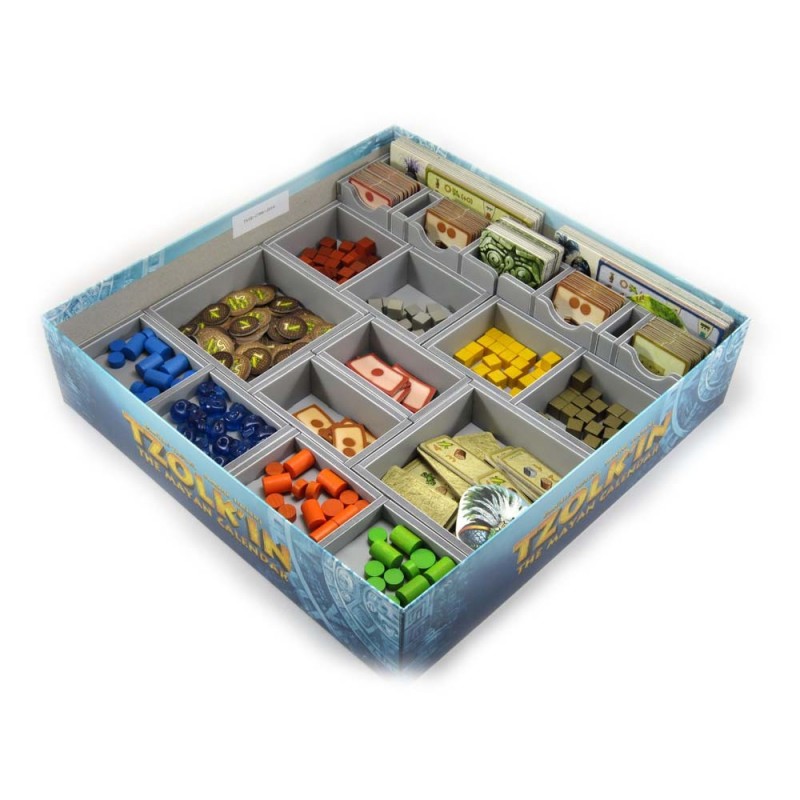 Insert compatible with Tzolkin®, and includes space for the Tribes & Prophecies® expansion. The design provides both efficient storage and improved game play. Many of the trays can be utilised during the game, and they greatly aid set-up and clear-away times. The board and rules act as a lid on top of the trays, as shown below.