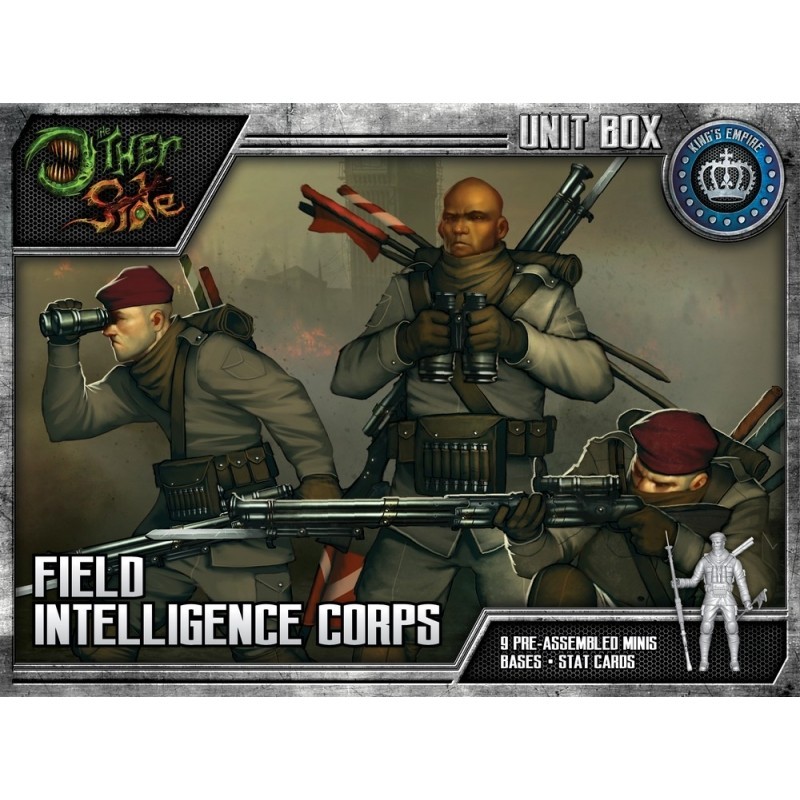 The Guild's iron-fisted grip on the Soulstone trade has worn Earth nations raw, creating a powder keg of alliances and enemies. Just when a world war seemed ready to erupt, horrendous creatures from a plane known as Malifaux tore their way through reality. The true battle of survival has begun.

The Other Side is a game about allegiances doing battle across the Earth in a fight for supremacy and survival. Using 32mm miniatures, players will control squads of troops, powerful commanders and massive Titans as they attempt to defeat their foes and seize control of the Earth. Conflict is resolved through the use of a deck of cards, allowing players more control over their own destinies. The Other Side shares a world with Malifaux, but the games are not compatible.

The King's Empire stretches across the British Isles and includes strong presences in foreign territories such as India. Though it was originally the home of the Guild, the Empire has since freed itself from the yoke of oppression and now seeks to stand on its own. With the deluge over London and the onslaught of the Gibbering Hordes, the King's Empire has mobilized its forces and now heads to war.

The King's Empire utilizes its global presence and strength of arms to help shape the fate of Earth. Using well-trained troops and advanced firearms, the King's Empire will give no ground. An Empire army specializes in long-range firepower and cunning tactics to defeat those who oppose them.