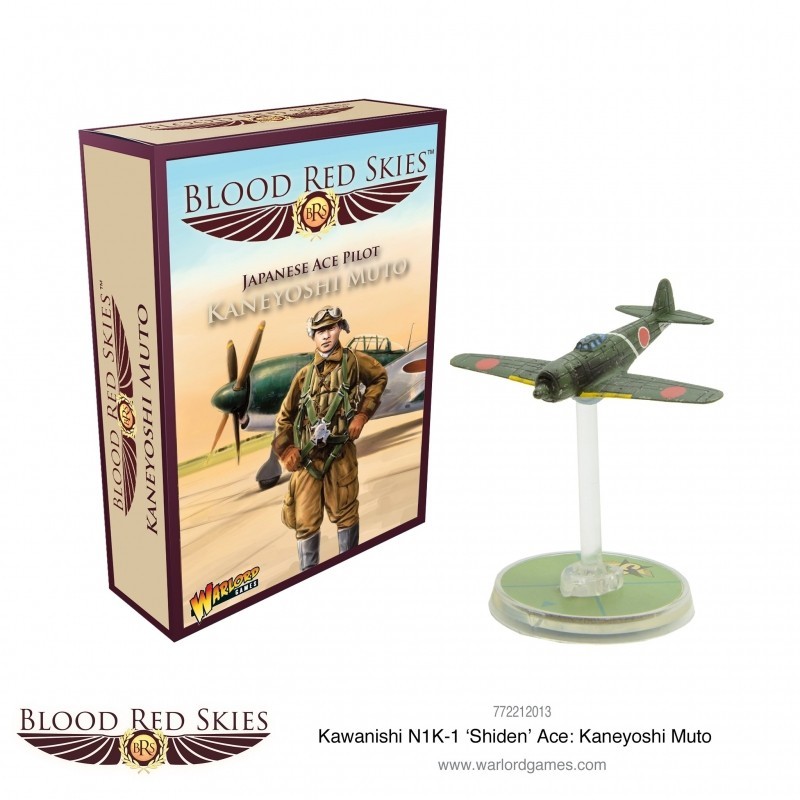 Kaneyoshi Muto earned his first air victory on 4 December 1937 during the Battle of Nanking when he shot down a Soviet-made Polikarpov I-16. He would go on to fight alongside Saburō Sakai on the island of Iwo Jima, surviving to be called by Sakai "the toughest fighter pilot in the Imperial Navy."

In December 1944, Muto was posted to the Japanese Home Islands to join Captain Minoru Genda in his elite 343rd Kokutai. By June he was posted to the 343rd Air Group, 301st Squadron commanded by veteran ace Naoshi Kanno.

On 24 July 1945, over the Bungo Channel, Muto and other veteran pilots scrambled to attack a larger group of American fighters. Greatly outnumbered, Muto was shot down and never seen again.

Please note: Miniatures are supplied unpainted and some assembly will be required.