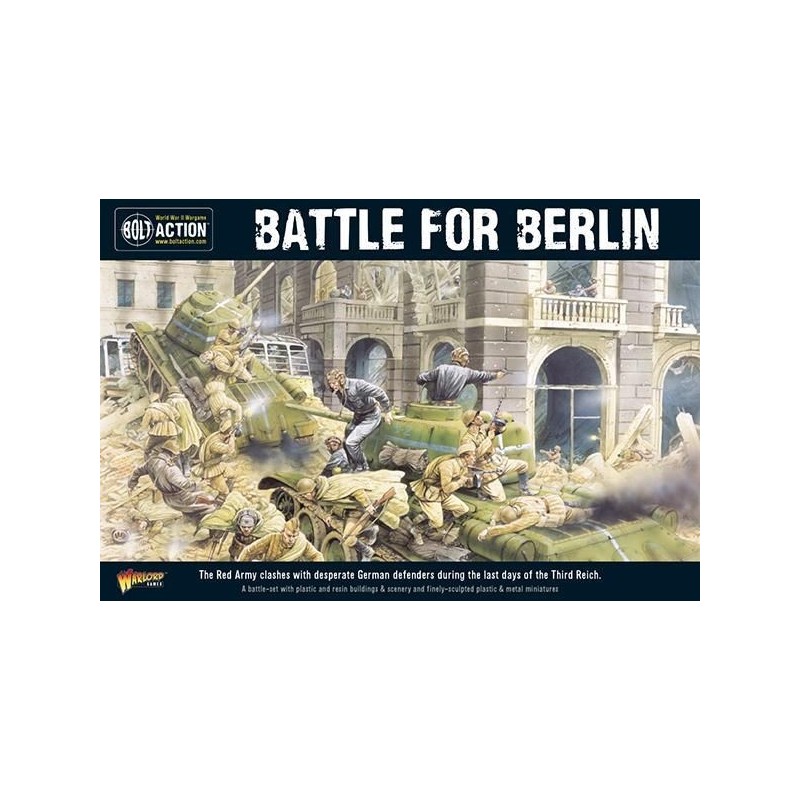 The Battle for Berlin Battle-Set

This entire war has led to this monumental moment in world history, this is the Allies chance to end it all, this is Battle for Berlin...

Hitler's armed forces make their last stand in the German capital, Berlin. Facing them the vengeful Soviet Union, swarmed into the shattered streets of the Fatherland. Every inch of ground was paid for in the enemy's blood, the fighting bitter and with no quarter asked nor given...

Fighting alongside veteran soldiers, young boys and old men of the Hitler Youth and Volkssturm stalked Soviet tanks with panzerfausts whilst Soviet heavy IS-2 tanks duelled with their King Tiger counterparts.

This Bolt Action battle-set provides you with multi-storey buildings, barricades and shell holes around which to field the combined armour and infantry forces of the invading Red Army and the rag-tag German defenders.