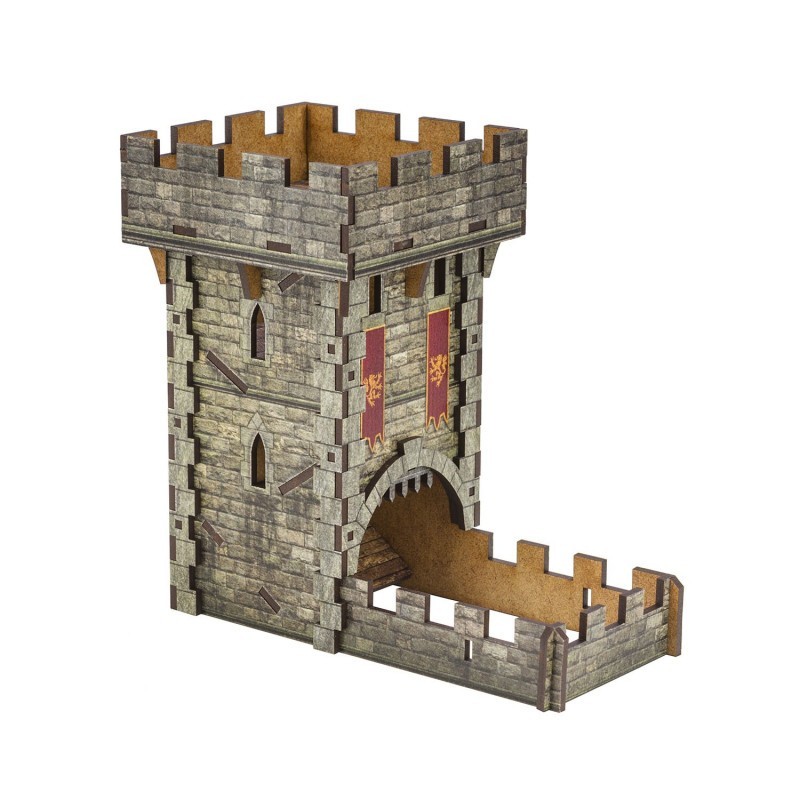 You should know: Q WORKSHOP collaborates with many mad scientists. One of them has a time machine, not so big, it looks like a computer screen and gives only images of other times, but you can see the future and the past.  With his help, we took a long shot and saw the destiny of the Solar System. What we saw is not so happy. After hundreds of years when mankind has been extinct from Earth, only the space archaeologist will be researching the remains of still orbiting but abandoned space station near the place where Moon used to be. They haven't found any sign of life there. What they did found instead was this dark set of dice hidden in the ventilation duct. We have made a print-screen of this future dice and gave it to our designers. They designed black Galactic Dice Sets that are durable like space dreadnought and the blue paint didn't wear off even during space flight. This set should be a symbol that saving the world is fun and we should make this not only in games.

Our Solar System is really an uncanny place full of stories and mysteries. It is a great goal to preserve Earth and change the future. Start with your roleplaying characters and then learn how to help our world. This is the only planet in the universe with chocolate and role-playing games.

What do you expect from dice? These small polyhedrons should bring luck, but not in all situations because loaded, high rolling dice are boring in the long run. The dice should be just and bring excitation in right moments. Sometimes they should bounce like Arkanoid balls but never in stressful situations. For example, your team is flying through real asteroid field with all these space rocks that have been changed in the even more deadly trash. What do you need? Lucky Rolls for navigation, but not all these rolls should be successful. You want to lose all that fun with all these near-death experiences when cosmic Peebles make holes in your hull? Using our navy Galactic Dice with yellow paint for surviving these stone rains in the void will be the best choice. Yeah, our dice are not always successful but think that boring life is for losers. Winners make they victories with obstacles because to be the hero is to jump through hoops. Our Galactic Dice Sets are the best in creating an atmosphere like in the movies even these about a noble scoundrel and his dear friend, brown furry cosmic sasquatch.